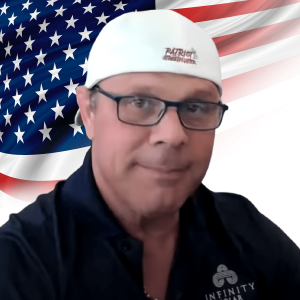 Scott McKay is a former competitive bodybuilder. Today he hosts a radio show he created on Revolution.Radio called “The Tipping Point” where he has been branded as the Patriot Street Fighter for the people. His maiden voyage LIVESTREAM Post-Election video rocketed to 345,000 in 13 days to entering him into YouTube Censoring Stardom.

Under the Hat of Scott McKay 'Patriot Street Fighter'

Under the Hat of Scott McKay Part 2

Come Join Us at The ReAwaken America Tour With General Flynn, Clay Clark and Eric Trump!